Researchers have determined the Atlantic Ocean has reached its hottest temperature in 2,900 years following ‘unparalleled’ warming.

To determine how the ocean’s temperature has changed over the years, a team of scientists from universities in the US and Canada looked at its ‘multidecadal sea surface temperature variability’ (AMV) – the ocean’s long-duration, naturally-occurring warm and cool phases that can last up to 40 years at a time, and which can swing about 1°Farenheight between extremes.

AMV has been found to relate to historic droughts and can affect the frequency of severe hurricanes. One of the worst droughts of the 20th century occurred when AMV was in a warm phase and prompted a period of severe dust storms in North America in the 1930s.

Using samples from South Sawtooth Lake in the Canadian Arctic, a lake that is greatly impacted by changes in Atlantic sea surface temperatures, scientists studied thermometer data along with ice and sediment cores drilled from ice sheets and the sea bed.

By looking at the titanium in the sediment cores, scientists were given an insight into the past 2,900 years in the Atlantic’s temperatures. There were relatively warm conditions from 100BC to AD420, while the longest and most persistent drop in temperatures was during the ‘Little Ice Age’ between about 1300 and 1870.

In the past few decades, warm conditions have been rising and the ocean has been in a warm phase since the mid-90s.

Temperatures have steadily increased since the 15th century minimum; the rate and magnitude of warming over the last few centuries are unprecedented in the entire record.

The continued warming meant the past decade has been the warmest in the past 2,900 years, and scientists stressed that recent warming in the Atlantic is ‘unparalleled’ in their data set.

Researchers backed their findings with other evidence taken from across the North Atlantic, noting that sediment cores collected off the south coast of Iceland gave clues as to what was happening in the past two centuries. 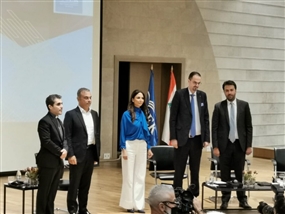