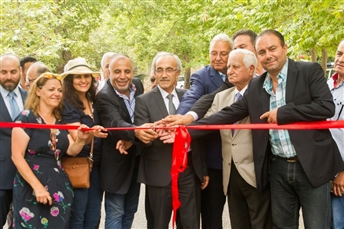 The Ahla Fawda association has inaugurated its annual festival that has set foot in the city of Aley in Mt. Lebanon under the title of Aley - Z Let's Go, the event happened in the area of the symposium Aley 2000. Subsequently the events of the festival will take place on the 5th and 6th of August under the auspices of Lebanon's minister of Culture and Tourism jointly with the municipality of Aley.

The objectives of the Ahla Fawda association revolve around various activities that aim to adorn Lebanon through art, culture and music and to spread a culture that embraces fine arts and contributes to positive change in society as well as enriching thought. These objectives were translated in an arts' festival that kicked off on July 27 in collaboration with RISE gallery, one of the most famous art institutions in Britain, and its founder Kevin Zuchowski-Morrison.

About thirty artists from Lebanon, Britain, Chile and Italy took part in creating drawings and illustrations on the bridge of the city of Aley and its first entrance from the Sham Road near Dhour al-Abadiyah. The artists got to experiment with different kinds of art including calligraphy, street art, graphite and others, turning the bridge into a piece of art.

In his speech, representative of the Minister of Culture Ghattas Khoury and President of the UNESCO Palace, Suleiman Khoury, said: "This festival is characterized by a diverse set of arts that coincide with the five-year plan for cultural development in Lebanon, launched early last June." Expressing his love for Aley, a place rich in its culture, people and vision, Khoury believes that it adds something special to the festival, which in turn beautifies and adorns this already beautiful and elegant city.

Mayor of Aley Wajdi Mourad thanked Ahla Fawda Association for its artistic and cultural activities. He also expressed his gratitude towards every individual and young volunteer who worked towards making this festival a success.

Festival Director Iman Assaf confirmed the message of Ahla Fawda, which believes in the powerful language of art, music and culture and its ability to destroy the barriers that separate people from all things that make them human. She said, "We started off on busy Hamra Street, but today we are exploring different areas across Lebanon. We wanted to be in Aley this year as it constitutes a special place where culture and art have been deeply engraved and where the sculptures of more than a hundred Lebanese, Arab and international sculptors have found a home, a place now known as Symposium Aley. This year's edition of Ahla Fawda Festival, has been organized in partnership with the municipality of Aley, along with the support of its president and municipality's employees, and under the patronage of the Ministry of Culture and Tourism.

Assaf added, "The festival is predicted to revive the area with cultural and artistic diversity, including an artistic exchange between Lebanon and Britain through the collaboration with RISE gallery, one of the most famous art institutions in Britain, and its founder Kevin Zuchowski-Morrison. The festival will welcome a number of international artists from Britain, Chile and Italy who will participate with their Lebanese counterparts to bring joy, culture and beauty to our already beautiful Lebanon. The festival will start off on the bridges of Aley and then move to beautify several places in Beirut reaching one of the refugee camps. The festival will also include a special workshop at River Side school, which is part of the Step Together association,specialized in helping children with special needs."

Assaf also promised that "We will have a long-term partnership and many more projects and activities with RISE gallery. Through this cultural exchange, young Lebanese talents will be able to travel to Britain next year and work with renowned British artists."

The two-day festival of AhlaFawda offers a unique experience that will include a rich blend of music including opera, rock, jazz, oriental and western blues as well as folkloric Brazilian and African shows, children's entertainment, an exhibition of old cars, a yoga and meditation space, and a reading space. 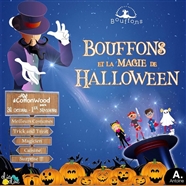 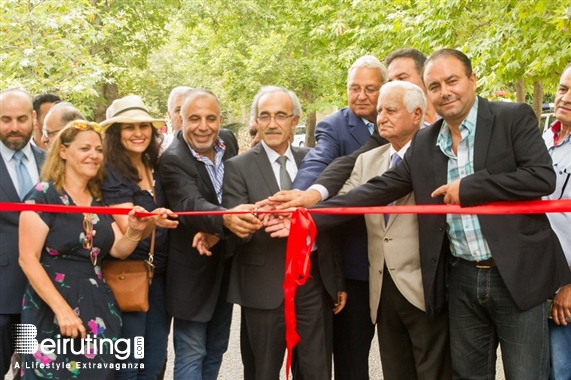 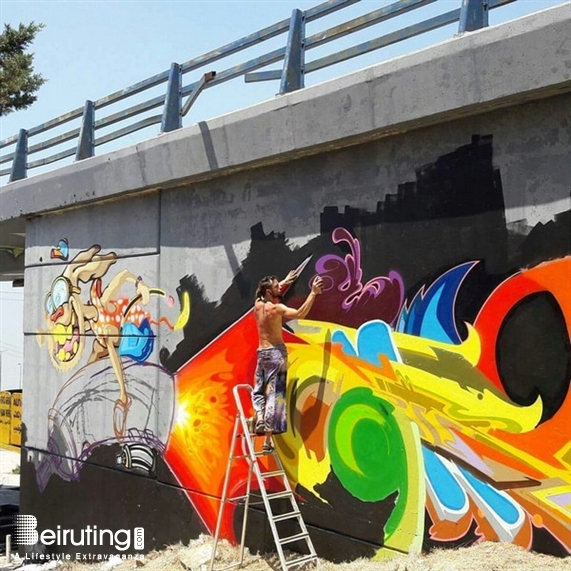 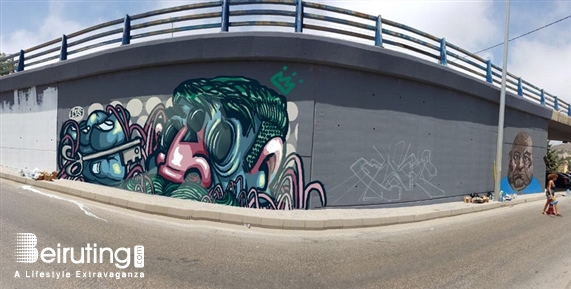