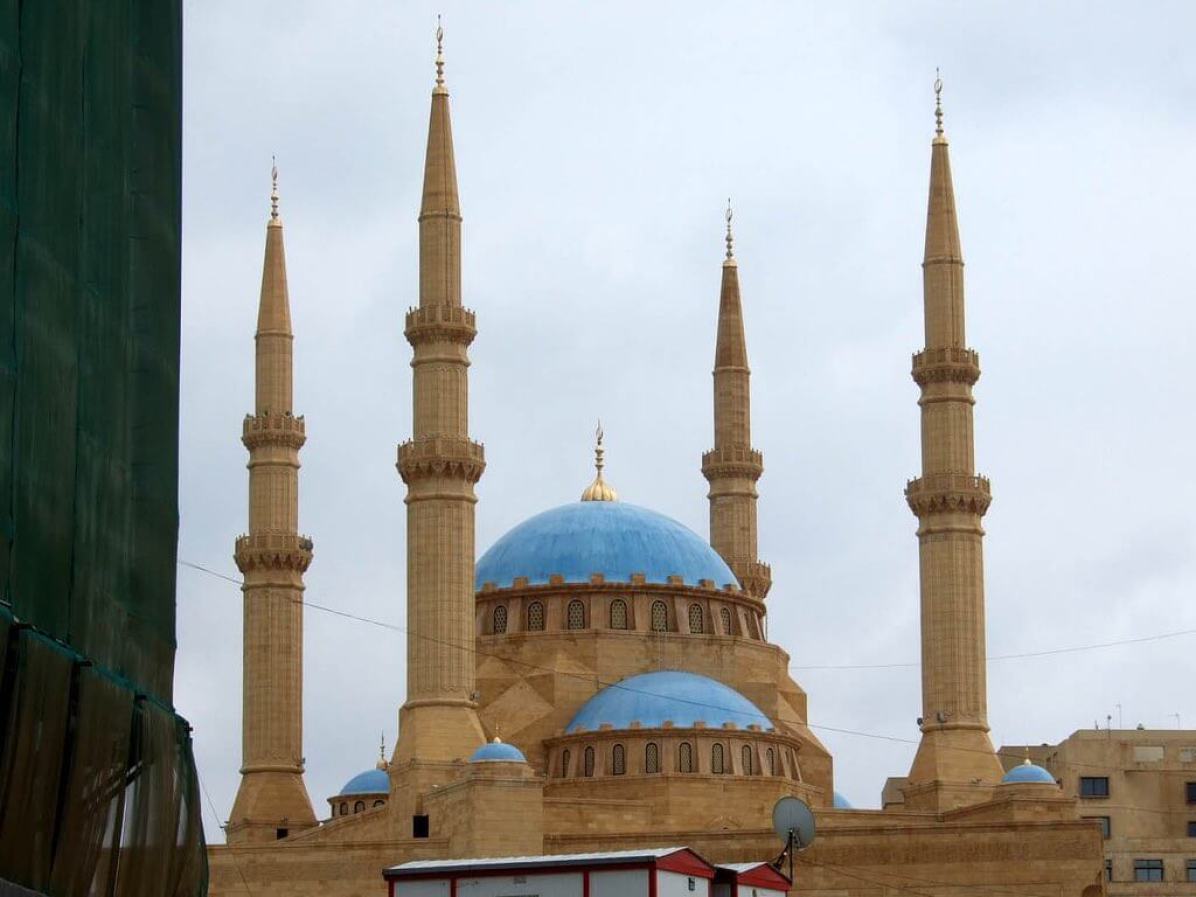 2.Baalbek – Two hours’ drive from Beirut, Baalbek is a temple complex, a marvel of engineering and a monumental reminder of Rome’s former stranglehold on this region. It is the most spectacular archaeological site in Lebanon built by the Phoenicians and the Romans. The temple opens 7 days a week from 9 a.m. till 5 p.m. and is actually safe to be visited. 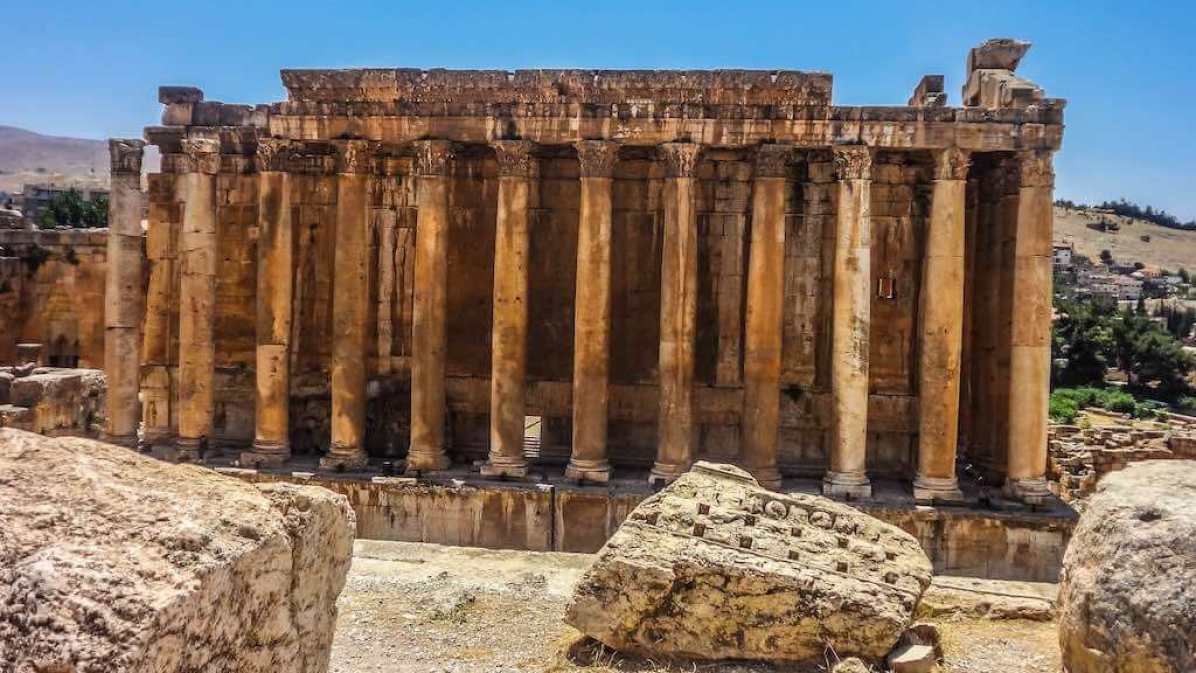 3.Place de l’Etoile – Place de l’Etoile is the central square in Downtown Beirut. It is one of the most popular places to enjoy the local atmosphere and soak in the local culture. It is famous for its architecture and has become a focal point and identity of the Beirut city. Enjoy the street life and dine in its numerous cafes while one just can not miss its Ottoman structure in stone and marble. The jewel of the square is a 1930s clock-tower with its four-faced Rolex clock. The clock tower was presented to the city by its mayor during the French Mandate era. Today, the square is filled with tourists and locals who come here to dine, walk or enjoy the street life. The square is also known for its noticeable population of pigeons. Source: ixigo 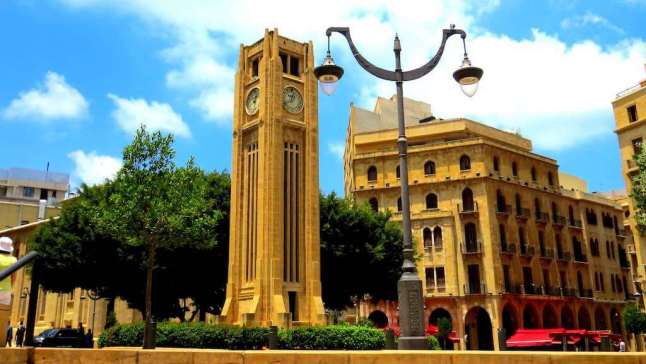 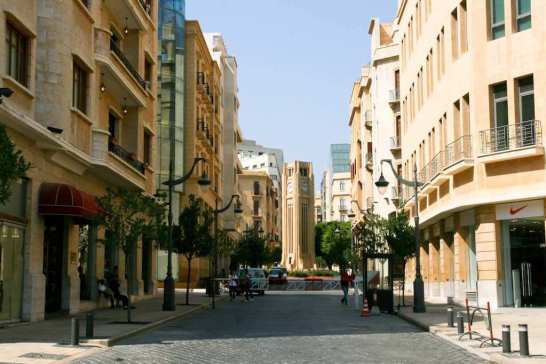 4.Souk el Tayeb – Souk el Tayeb is an open air, weekly farmers market held every Saturday in downtown Beirut at the Beirut Souks, Trablos Street from 9am to 2pm. Created in 2004, it was the first farmers market to open in Lebanon and is now a forum to share food, traditions and hospitality in a way that has helped bring together fractured communities. Every week, the market hosts over 60 producers from all over Lebanon who sell various food products (Fruits, Vegetables, Mouneh, Lebanese dishes, Honey, Olive and Oil, Pastries, Saj, Sweets and Marzipan) as well as traditional and special handmade crafts (Kids books, soap, glass and pottery). 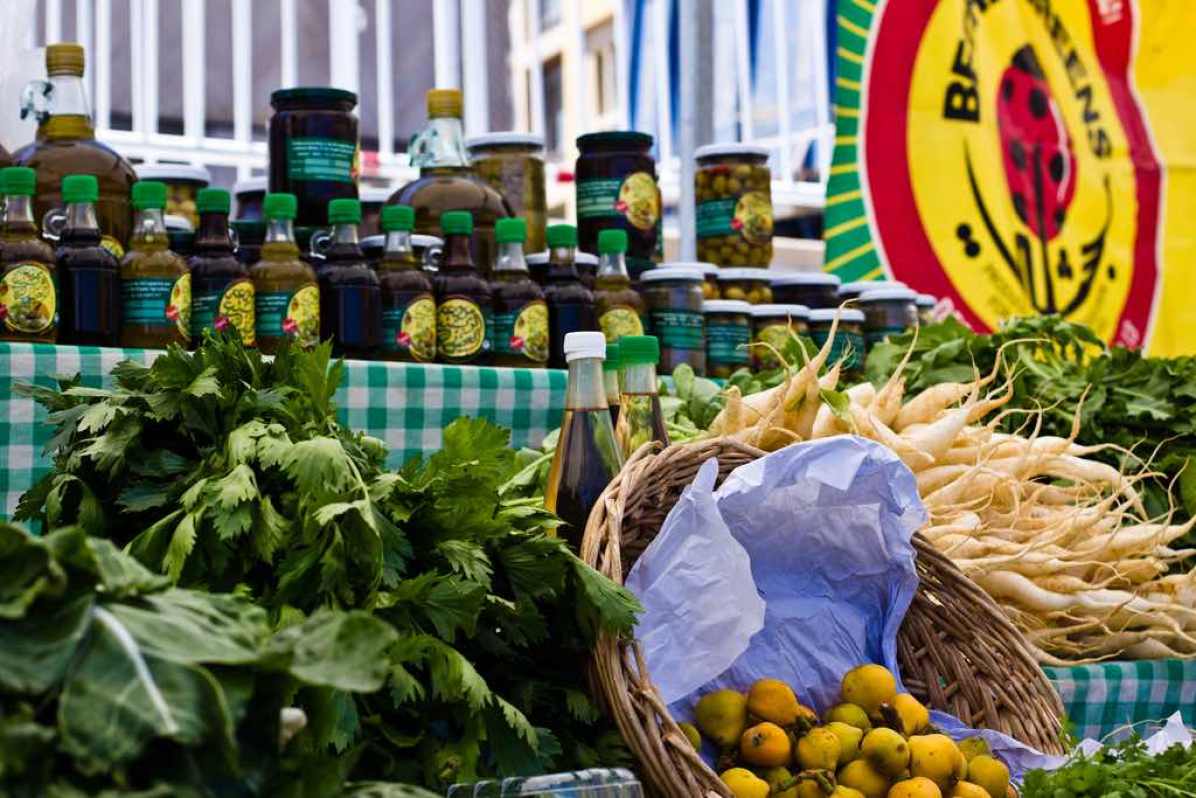 5.Corniche – The 10 km (6.2 miles) long al-Manara Corniche, the seafront promenade named after the lighthouse, is lined with palm trees. Small vendors are selling coffee, tea and snacks. The Corniche lends itself to watching the sunset while leaning on the banister and enjoying the sound of the sea. On summer days, the rocks below are full of sunbathing and swimming boys and men. South of the Corniche is Raouche, mostly famous for its Pigeon Rocks, a 60 meter (196 ft) high offshore rock couple, which was formed in the prehistoric era by a geologic movement. Source: living-lebanon 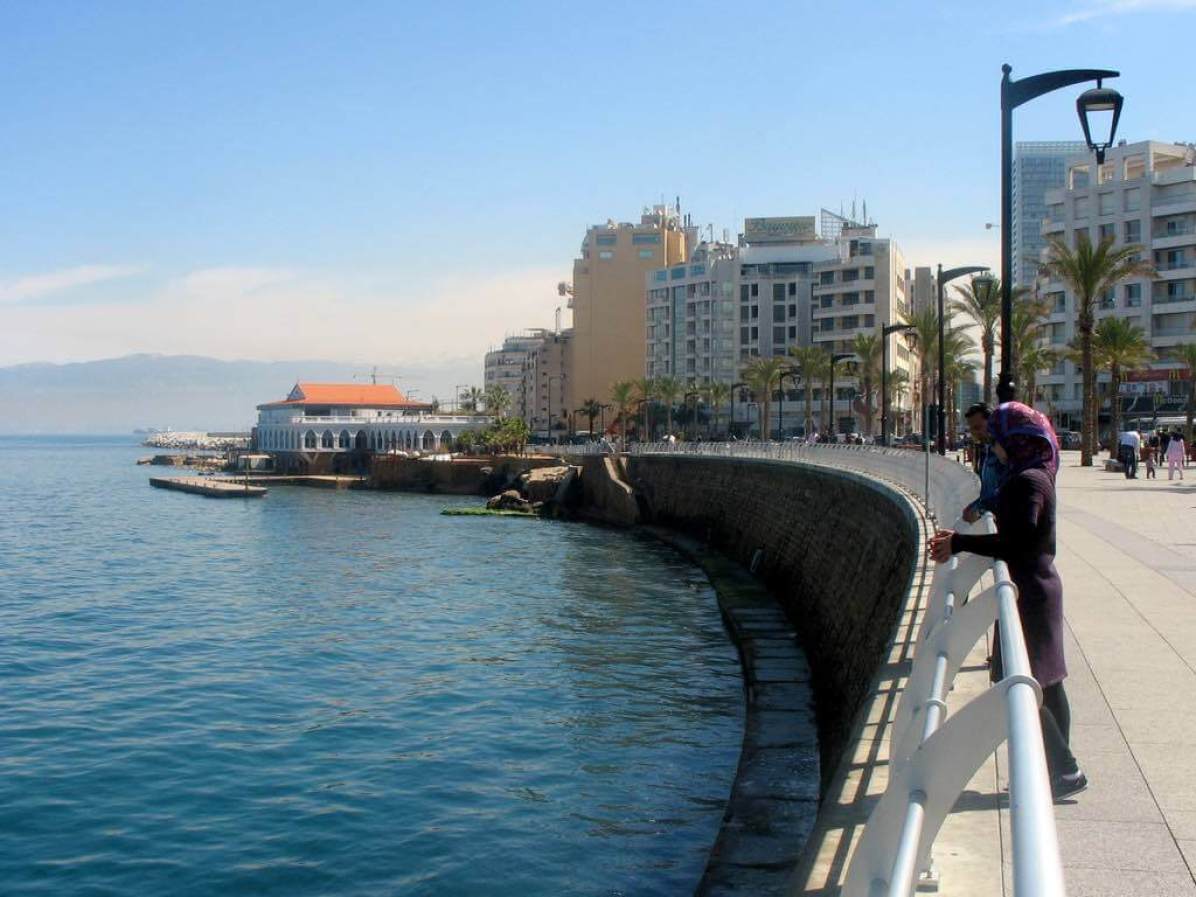 6.Raouche (Pigeon Rocks) – South of the Corniche is Raouche, mostly famous for its Pigeon Rocks, a 60 meter (196 ft) high offshore rock couple, which was formed in the prehistoric era by a geologic movement. Pigeon Rocks is where Beirut’s teenagers go for assignations, and tourists go to watch and wonder. 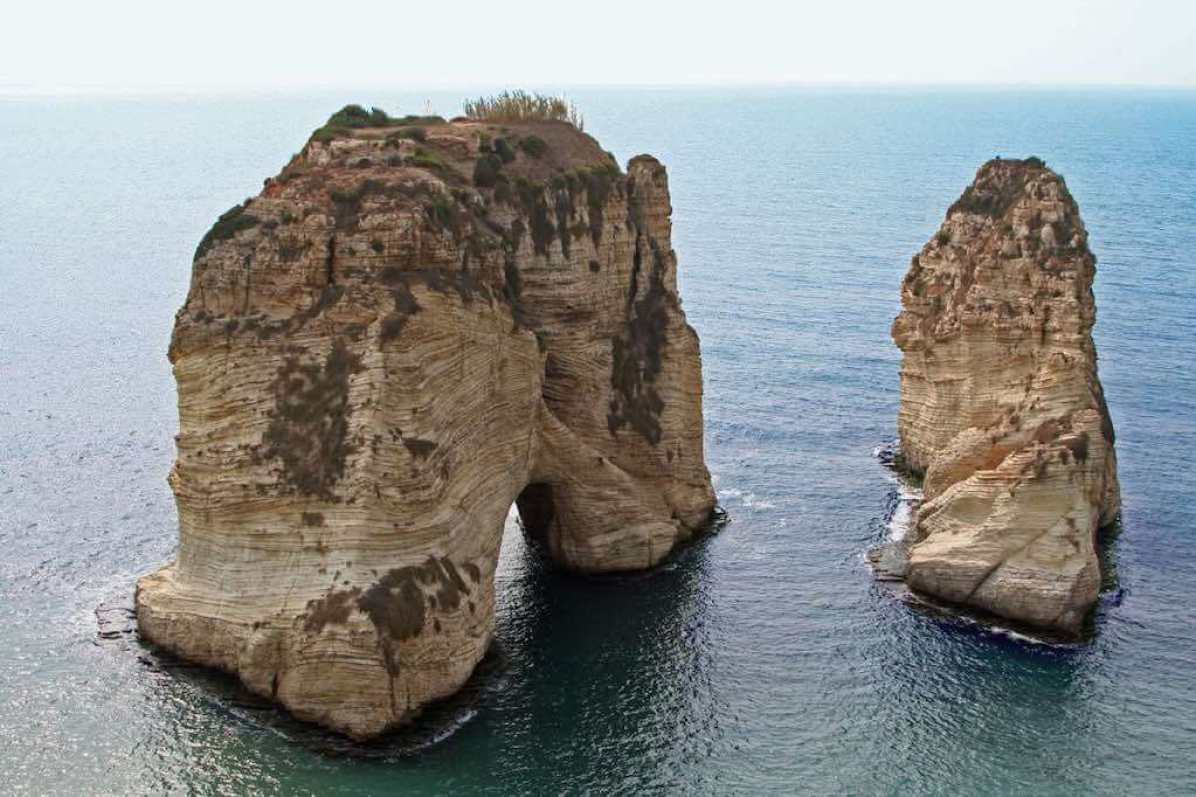 7.Place des Martyrs – The Place Des Martyrs, in the center of Beirut, is a natural pivot between the predominantly Muslim west and Christian east. Martyrs’ Square is a tribute to the martyrs of Lebanon, and it has a long history as a site of protests and demonstrations. 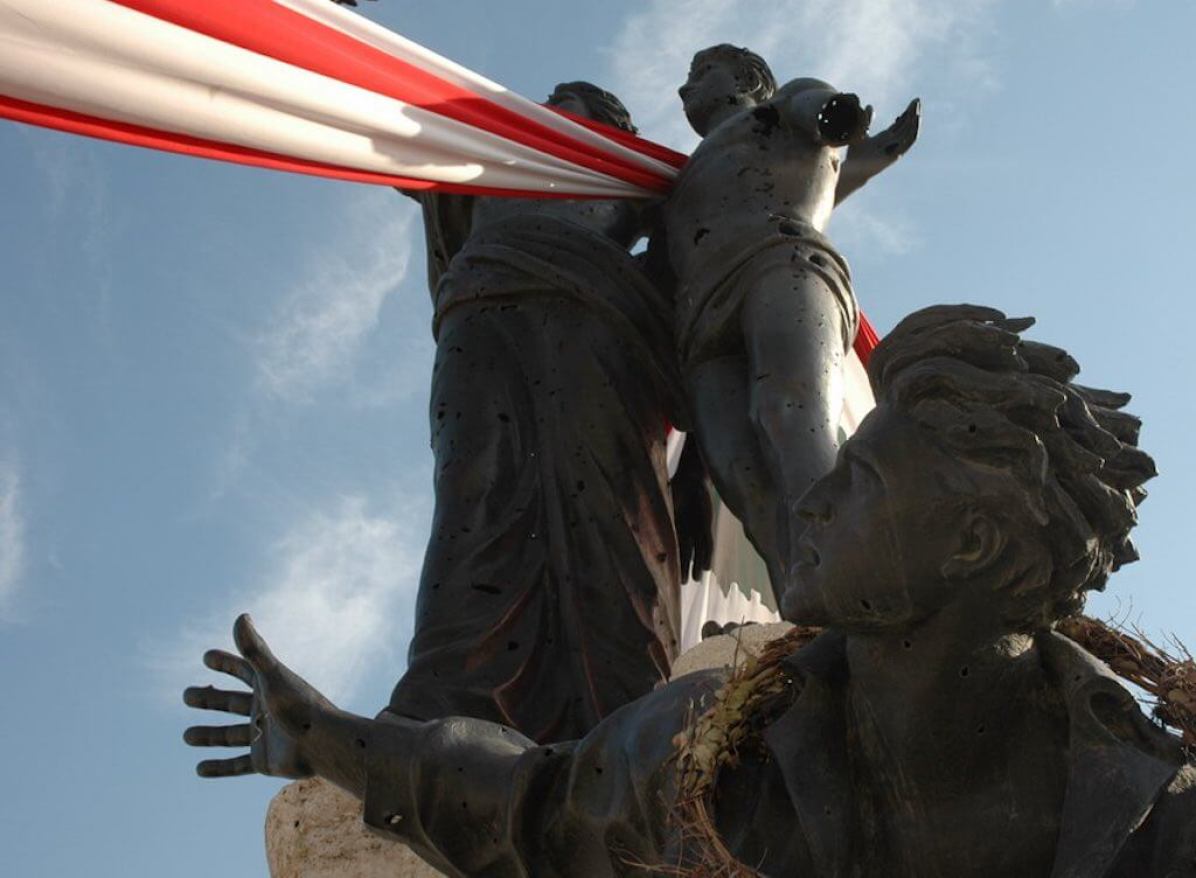 8.Roman Baths – In the middle of downtown Beirut are remains of the Roman Baths which once served the city’s population. Originally discovered in 1968-69, it underwent a thorough cleaning and further excavation in 1995-1997. The history behind the baths is simply breathtaking. 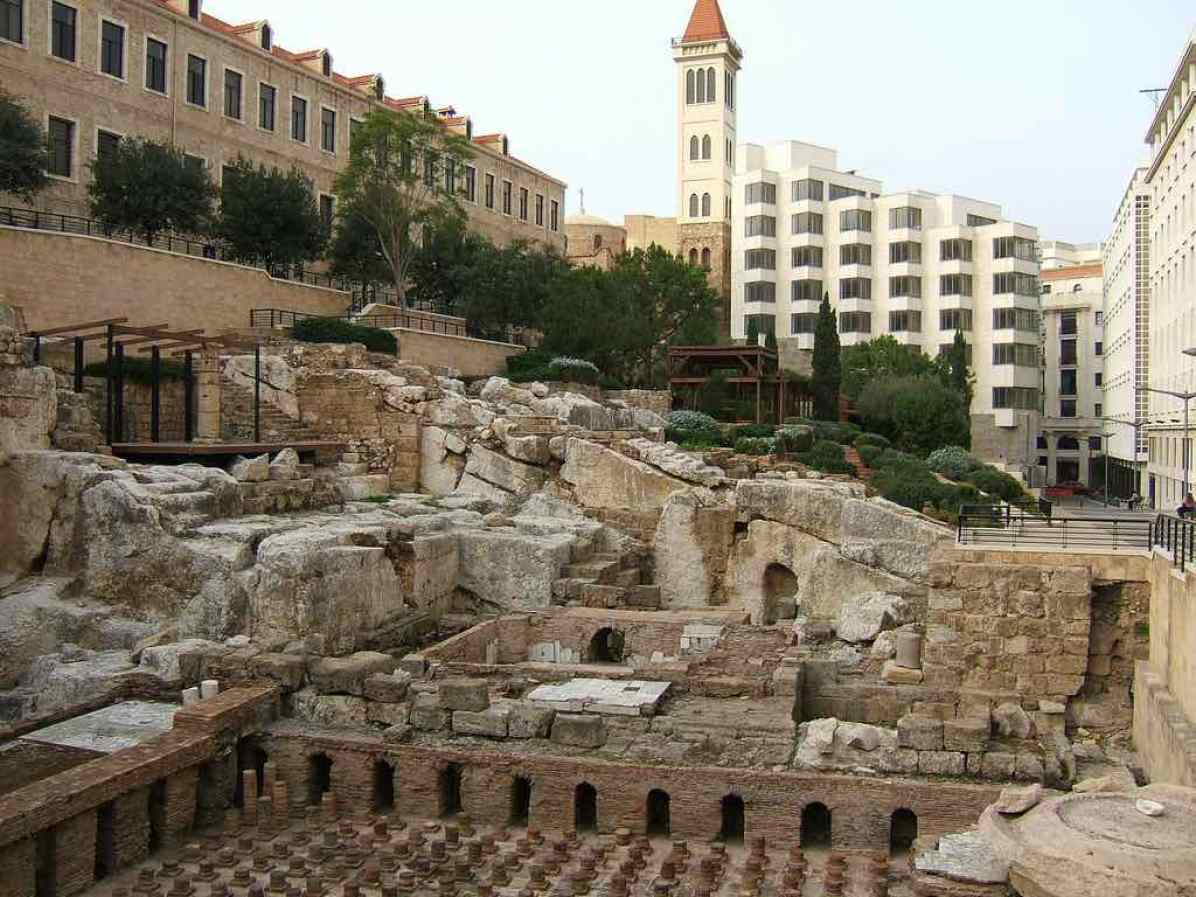 9.Byblos – Located 40 minutes ride from Beirut, Byblos is one of the most beautiful places in Lebanon and one of the oldests in the world. It is where The alphabet was created. The city’s key tourist sites include ancient Phoenician temples, Byblos Castle, St John the Baptist Church and the old Medieval City Wall. 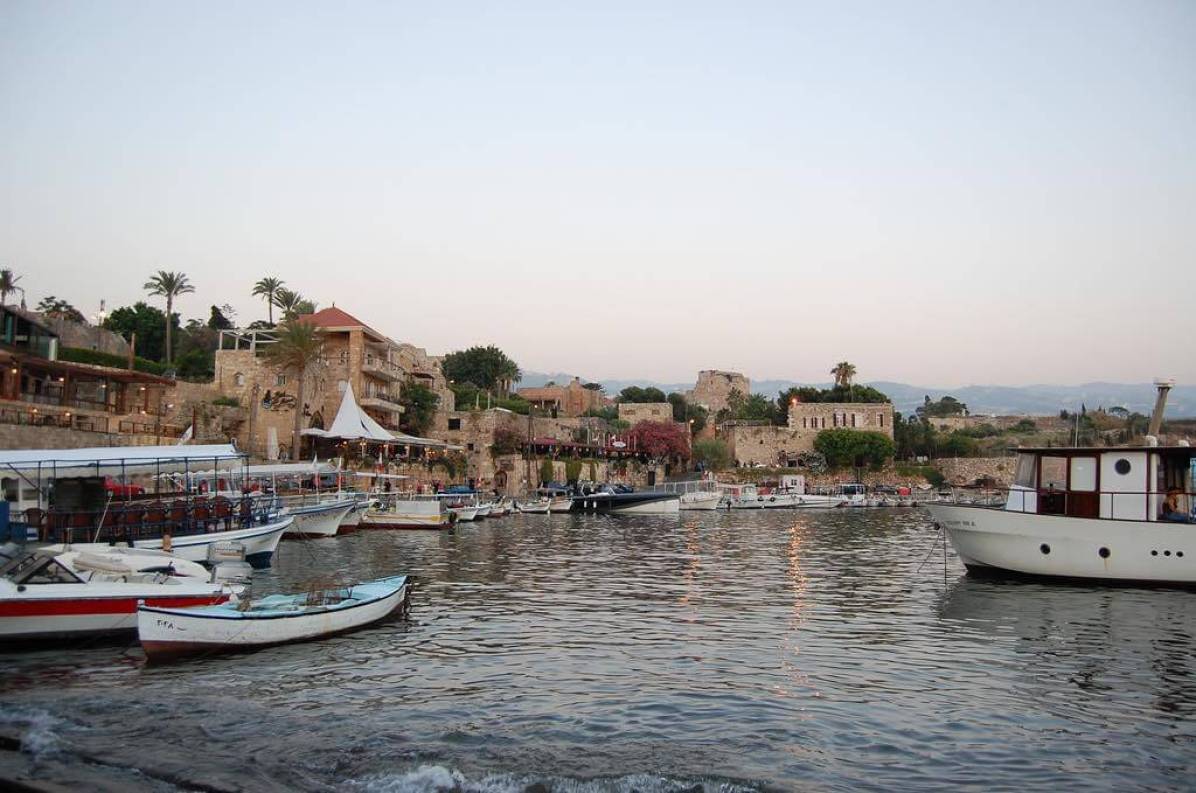