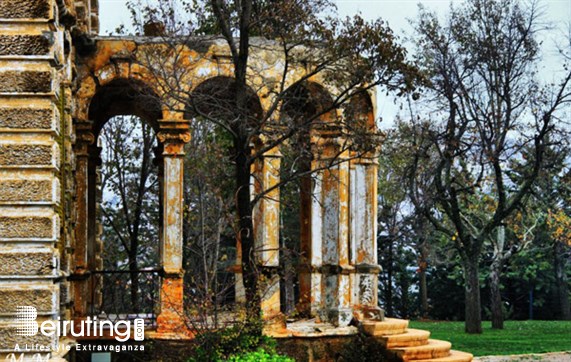 Saoufar:(Sofar) is a city town in Mount Lebanon, Caza Aley, and is located at an altitude of 1320 m and beside a main road linking Beirut, Lebanon's capital, to Damascus, the capital of Syria.
With a population of about 3000 people (increases to around 15,000 people during the summer due to tourism), Saoufar gains its importance from its strategic and panoramic overlooking of Caza Matn, with the LaMartine Valley separating the two.Saoufar is the base of the summer location of the French Embassy in Lebanon, and is a base to one of the most prestigious and antique hotels in Lebanon (Chateau Bernina), tucked in the green side of Northern Sofar overlooking Lamartine Valley and including a panoramic view of Kneise Mountain.
Saoufar receives heavy snow during the wintertime, which may reach a level higher than one metre high after particularly bad storms. Temperatures usually drop to less than zero during the months of December and January. Nevertheless, it enjoys moderate and dry summers, which is why it is considered by the population as a perfect destination for Lebanese residents escaping the moisture of the coastline during hot summers. Saoufar is also a destination for Arab Summer tourism due to its alleged tranquility and dry weather in summer.