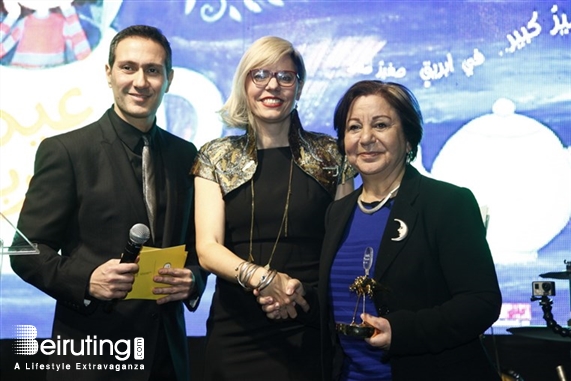 Tweet
ADD PHOTOS
Established in 2014 upon the initiative of Mr. Mu'taz Sawwaf to honor and perpetuate the legacy of the late Mahmoud Kahil who is  one of the leading cartoonists and caricaturists of the Arab World, and a former AUB graduate, The Mahmoud Kahil Award is an award program under the Mu'taz and Rada Sawwaf Arabic Comics Initiative at the American University of Beirut that aims to promote comics, editorial cartoons and illustration in the Arab world through the recognition of the rich talent and creative achievement of comics artists, cartoonists and illustrators from the region.The award ceremony was celebrated at Biel in Beirut on January 28 2016, and the list of awards was classified as below:

Honorary awards were handed too and were listed as below: