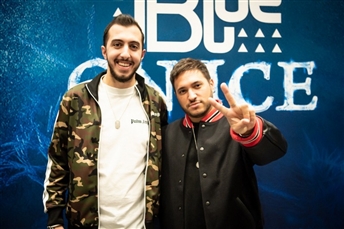 Considered as two of the top entertainment companies in Lebanon, Crazy Events and Artists & More Entertainment each have respectively 15 and 5 years of experience in the field. Their portfolio includes hundreds of festivals, parades, product launchings, shows, corporate openings, mall events, and birthdays; with stunning productions and mind-blowing variety acts.

With more than 12 years of experience in entertainment and corporate events,Anthony Abou Antoun - the 24 year old CEO of the two companies -has managed to expand both businesses on an international level, constantly finding unique and new concepts to entertain the Lebanese people.

He started his career at the tender age of 12 by working at his mother's company, Crazy Events,at children's birthdays and entertainment shows at the age of 12. He took over management of the company at 24, and founded his own company, Artists & More Entertainment targeting the youth,corporate and nightlife scenes. He also founded "The Digital Express",a digital marketing company.

Abou Antoun is also the official and certified promoter of "Ibiza Dancers".  Ibiza's top artists, dancers and DJs on tour.

The road to success was not an easy one. Abou Antoun had to face a series of challenges because he was entering a market that was already under the monopoly of big players in the field. He was able to quickly make a name for himself and collaborated with many key players that were much older than he was at the time. He achieved all of this will swiftly navigating through Lebanon's tough political and economic crisis.

At such a young age, he has not only proven himself as a successful CEO, but also as a producer and director of the biggest events Lebanon has recently witnessed.

Every Christmas season, the young entrepreneur spreads joy and happiness throughout Lebanon by producing a huge show. For every year he comes up with a new and different concept.  Candy Fest World Tour, Santa Express Circus, International Bubbles Spectacular, Balloons Wonderland, and most recently in celebration of Crazy Event's 15th anniversary:The Frozen City Ice World Tour.

With all the Christmas events and shows that had shut down in the country due to the situation, Abou Antoun insisted the event continue. With strong perseverance, and shocked opinions as to how The Frozen City was still launching, it was finally launched and with huge success.

Bloggers,influencers, media outlets, and TV stations were all there to witness this event that kept standing. Managing to bring festive joy and happiness during difficult times.

Anthony has also met TopDjs across the world during his explore tours such as David Guetta, The Chainsmokers, Martin Garrix, Kygo, Tiesto and more!

On December 28,2019 Artists & More Entertainment promoted and produced the biggest show of the season - Jonas Blue On Ice.

Featuring chart-topping DJ Jonas Blue with 8 million global streams, a No. 1 rank on iTunes and one of the most-played western artists on Lebanese radio stations, with his debut single "Fast Car."

Blue has five Brit Award nominations, 40 million single sales and has been certified platinum over 120 times around the world.

Many will recognize his singles and remixes "Fast Car, Rise, Perfect Strangers, Mama, and Polaroid" featuring Liam Payne, as well as "Ritual," his collaboration with Tiesto, sung by Rita Ora.

In light of the ongoing revolution across the country, Abou Antoun received daily inquiries as to whether Blue would go ahead with his concert. But as proven with Frozen City, he did continue, and the concert was SOLD OUT! 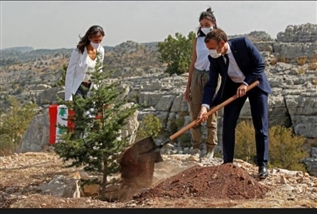 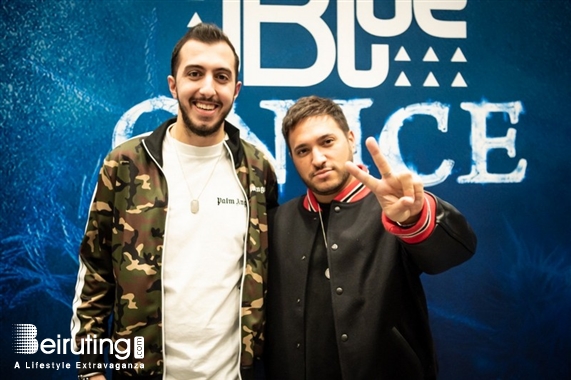 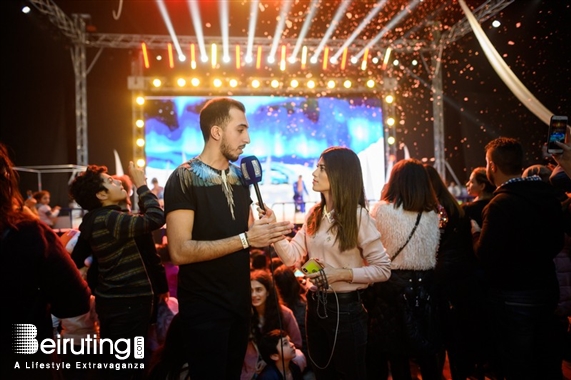 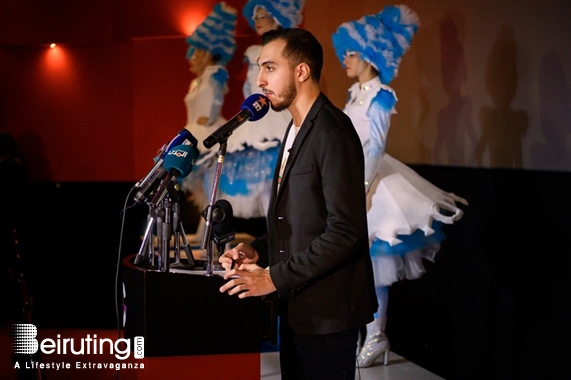