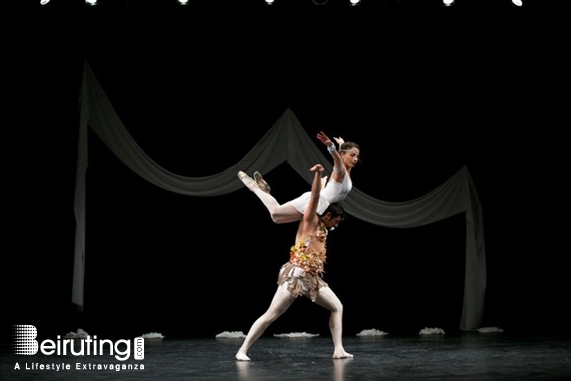 Meant to reflect an artistic contrast of nature’s negative perception between the adulthood and childhood while using characters of Greek mythology’s nymphs, gods companions (Satyr) and young girls, the Neo-Classical ballet show “Carmina Burana”, was created to dazzle lovers of this ephemeral art in Lebanon. The breathtaking performance is envisioned by Terpsichore, an exclusive classical ballet school established in 2008 by internationally reckoned figures in the dance scene such as Georges Anghelus and Patricia Mantura.

Patricia Mantura, co-founder of Terpsichore said at the conclusion of the Carmina Burana Show that: “Ballet is a form of art that is very expressive of the human soul and its different states. Reflecting perfectionism in moves and purity of this art, people do not need to have foreknowledge about ballet, they learn about its beauty and the messages it conveys while watching the actual show.”

“Carmina Burana” was extensively covered by the media and was supported by MTV, Nostalgie and Promomedia.